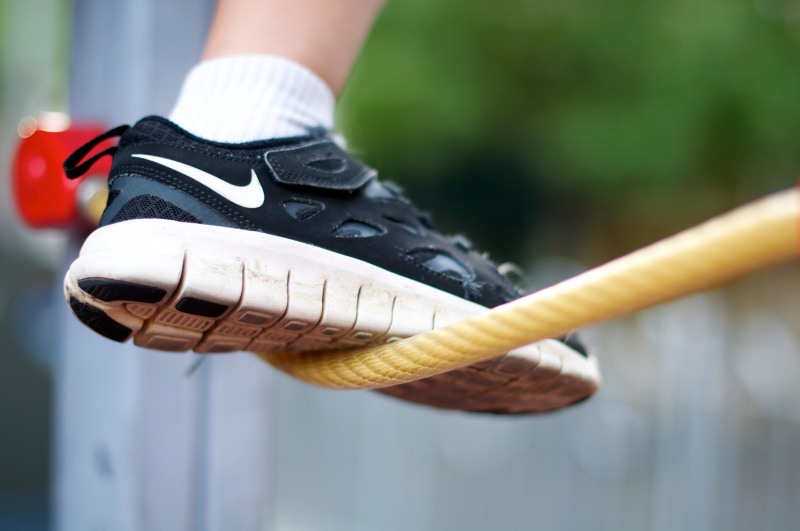 I don’t get my kids’ excitement over playgrounds.I understand that playing at the playground is mighty fun and all, and I love to see them active in the playground (all that jumping, swinging, climbing, spinning etc) but really, aren’t they like waterfalls? You see one you’ve seen them all?

I don’t have any childhood memories of being super excited about a playground. Not in my home town (maybe back in the day it was non existent), nor when we went on a holiday, nor out of town playground. None. No record of it in my memory bank. So I was wondering why the playground becomes such an attraction to my kids.

When it comes to playground my kids are very non discriminative. Size, location, or quality do not matter to them. It can be slightly bigger than a loo, and sometimes it is located inside the loo’s premises (parent’s room nowadays offers this additional “facility” don’t ask me why) and equipped with the most mediocre old plastic stuff,   they would still go to it with as much as enthusiasm as if I take them to the super park that has super slides and three flying fox rails.

Now that we are spending a week in Sydney, I want to show them the city, you know, places I used to go to that I know they would love too, like the park or the beach , or stroll around the city or the harbour. But no. My kids just wanted to stay in the apartment. They only showed a bit of excitement when I said (with fake excitement) “Let’s go to the playground!” It was actually the one thing I used to lure them out of the apartment today. They have already spotted this playground as we drove to this place and Ms 4 has been begging endlessly ever since we checked in.

They ran instead of walked there. They had so much fun at the playground as if it was their first.

I want to explore the Botanic Garden tomorrow (if the weather permits), I can already hear myself saying “who wants to see the playground at the Botanic Garden today?” I might not understand the attraction still, but I will shamelessly use it just to get my kids to do the things I want them to do. It’s a dirty game we parents play, but I think it’s a win-win result at the end. Or, so I told myself.