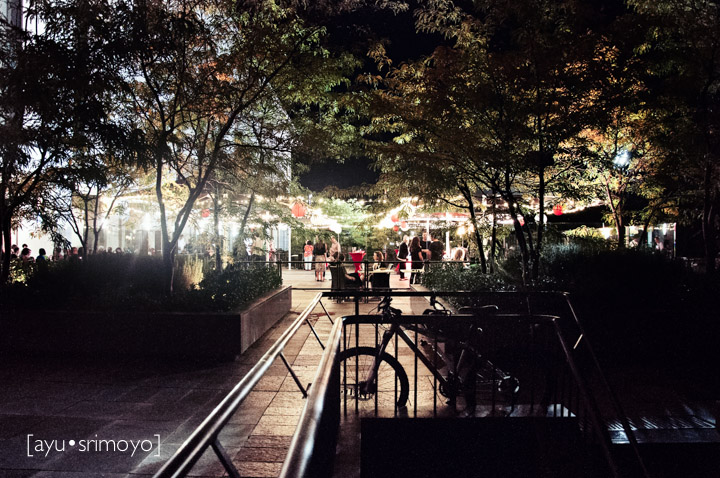 Under the twinkling lights outside the National Library of Australia

Now is the time to highlight the night entertainment during the Canberra Day long weekend. Again, I was a bit overwhelmed by the choices. Having a young kid who refused to walk by herself after 9 PM did help us remove some of the (fun) choices. The events were basically sprawled in the same area. But the area was quite big for tiny legs to walk all the way around so we decided to come two nights, taking different point of start on each, just to try to see everything.

On these nights, the National Library, the Old Parliament House, Questacon and the National Gallery was beautifully enlightened. Some graphic and colourful light was projected to the outer walls of these buildings so they looked quite spectacular. The surrounding areas were all busy with activities. I did not use my tripod these two nights since I wanted to move around and see as much as I could.

I have to say I really enjoyed taking photos that night. Everything seemed more dramatic at night. Somehow. 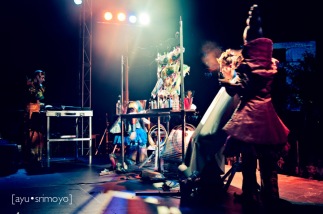 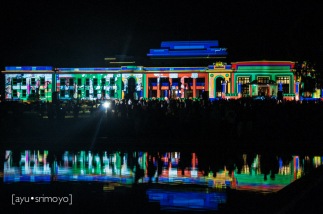 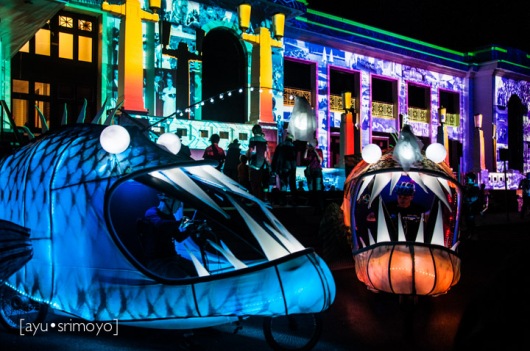 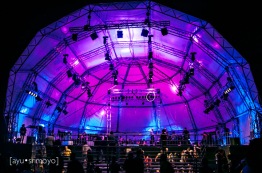 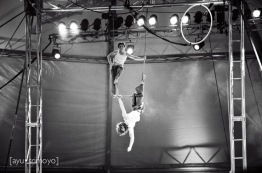 Performers at the Aero Dome 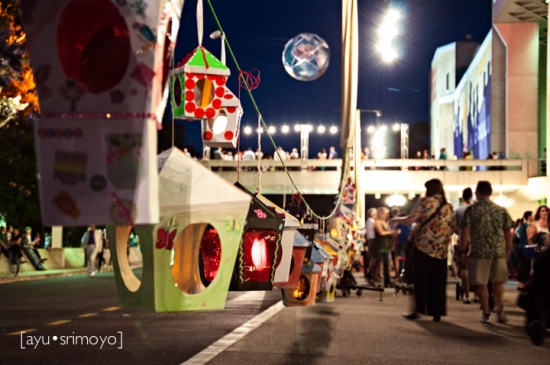 A lamp lined Boulevard at the National Gallery of Australia forecourt 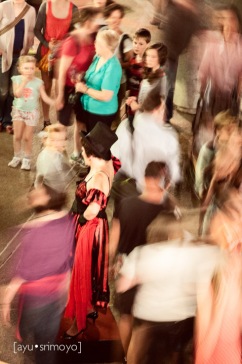 A stand-still model at the Promenade 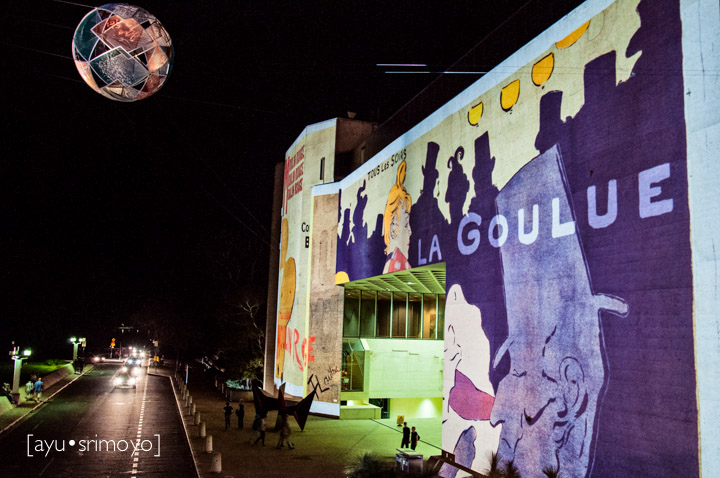